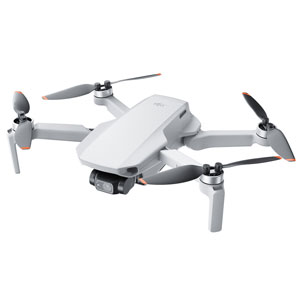 The DJI Mavic Mini Fly Drone is a compact drone that offers professional-quality results without any restrictions. It weighs under 250gm and the weight class is both lower and safer than other drones. Here, the freedom of flight is combined with a stabilized three-axis gimbal and sophisticated flight modes that can achieve the best images up to 12 MP. In addition, 2.7K Quad HD videos, and complex cinematic shots with just a touch in DJI Fly App.

DJI mini Mavic drone is a perfect creative companion that captures your moments in a way that effortlessly elevated the ordinary. You can use it with the DJI Fly app and experience the simplified flying experience and perfective unlike any other. It supports up to 4K video resolution at 30 frames per second at 100 MBps bitrate. Choose from a wide-angle mode, 180-degree, and sphere panoramas. Now, it is also possible to click RAW photos from DJI Mini2 and not just JPGs.

Here, the remote controller links effortlessly to the drone on startup. It uses a downloadable DJI Fly app. Even the twin joysticks give complete directional control. And, when you attach your smartphone, you can see live video streaming in 720p high-definition, information such as GPS location and speed plus the command button. You need to press one button for takeoff, another for landing, and one for Return To Home.

Mavic Mini has a high-performance camera to capture your adventures. Video is recorded in 2.7K high-definition at 30 frames per second. Stills are a sharp 12MP. Shutter speeds as fast as 1/8000 second freeze action. Everything is captured through a big 1/2.3-inch CMOS sensor.

The field of view is 83 degrees from a lens that is equivalent to 24mm in a 35mm format, an angle wide enough to capture big groups and plenty of scenery. Closer shots are accomplished by flying the drone nearer to the subject— when its safe to do so.

This drone is collapsible and the arms unfurl to transform it in a couple of spring-loaded maneuvers. When it is all about looks, DJI comes with a color scheme that is gray and dark gray just like DJI Osmo action and DJI OM4.

Its front is adorned with a pair of eyes, nuzzled under a flat, angry-looking top-side. And, it is still one of the better-looking drones that we have ever seen. On the front of this drone, you will find a 3-axis stabilized camera. And, out of the box, this drone is shielded by a camera guard that is removable when you come to fly it. On the backside, one can find an exposed microSD card slot and a micro USB port for charging.

DJI Mavic mini is easy-to-use and consists of an affordable flying camera that captures all your fun. It is truly compact and portable but not with performance. It is the worlds leader in reliability and is a feature-filled done that folds to fit in a backpack, jacket, or cargo pants weighing a little more than a smartphone. Check the latest price of DJI Mavic mini drone price in India here and avail of the latest offers with ease.

It is always fun to fly and DJI Mavic mini drone is crafted with utmost perfection to meet photographic needs. The best part about it is that it is compact, foldable, and portable. You can easily operate this drone that comes with CMOS sensors that delivers excellent performance even in low-light conditions. You can ca

pture the videos with finesse in the drone that comes with 3-axis motorized gimbal stabilization. All in all, one can easily enjoy the simplified flying experience using the DJI Fly app. 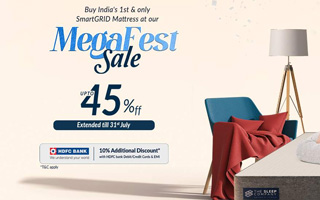 Get Flat 22% Off on Philips High-Efficiency Air Purifier

Top Offers on V-Guard Appliances with Flat 25% Off

Get Amazing Offers on Budget-Friendly Online Shopping Sites in 2022

Tata CliQ - the best phyjital shopping platform for everything

How To Apply a Coupon Code in Amazon